I am writing this blog in response to a challenge I received in regards to some of the things I believe. I think some of my challengers responses are valid and deserve response. Perhaps some of you have heard similar things from people you know, so I hope that this post will answer some questions, create others, and over all help us all get closer to the truth (if it exists) of reality and religion. I will sum up his points here, ask some questions that need responses, and give my thoughts on the matter. 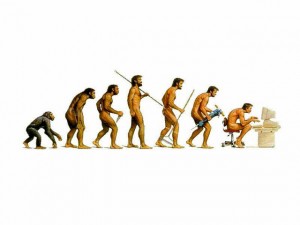 I was recently challenged in regards to my beliefs as a Christian. Now I think those challenges are worthy of a response, which I will get to in another blog. However, it should be noted that Christianity isn’t the only worldview out there making claims. The Atheists cannot just sit back and sling arrows at Christianity and think they are immune from challenges themselves. In fact for Atheism to be true, it must not only show Christianity to be false (every religion as well), but it must also then put up its own evidence for its philosophy of reality. Both Atheism and Religion make claims on reality, and they both cannot be right, perhaps wrong, but not both right at the same time in the same way.

It seems that Christianity is usually the blunt of jokes, criticisms, questions, and attacks, so that the Christian is usually just on the defensive. However, like I said before this shouldn’t be the case. The Evolutionist / Atheists believes some things about reality, and must be able to defend his or her view. It is not enough to say Christianity is wrong thus I am right, there must actually be evidence put forth on the Atheists side to explain the difficult questions in life. So I will start out with some of my own challenges to Atheism / Evolution which require their response, and then later I will respond to the challenges that were made to me. Please note that there are issues in life that must be explained and the view that explains it the best and simplest is probably the most accurate view of reality.

END_OF_DOCUMENT_TOKEN_TO_BE_REPLACED 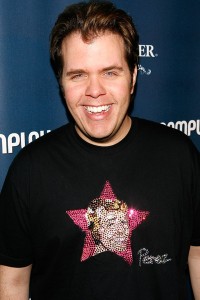 What if you gained the whole world and lost your soul? Would it be worth it? Proverbs 22:1 “A good name is to be more desired than great wealth, Favor is better than silver and gold.” Is this you? Do you desire a good name (good reputation) over riches? Are you willing to sacrifice a little of your name to “make it”? What is your buy out?

I was reading an Article on Perez Hilton in Entertainment Magazine. Sorry I do not have it in front of me so I will not “Quote” from it. While reading it a couple things came to mind. First it seems no one really likes Perez Hilton, yet he doesn’t seem to care. He said something about not caring if people liked him, only if people went to his blog. Then the article said he took home $70K something a week or month (I forget) from just advertising on his blog. I guess to Mr. Hilton $70k a month is better than a good name.

END_OF_DOCUMENT_TOKEN_TO_BE_REPLACED

You know what scares me? The fact that our country, our government is still charging forth, like a raging bull, on its pilgrimage to rid us of Global Warming. The fear mongering, and hysteria that revolves around this “danger”, is mind numbing. It reminds me of the history story about the witch hunts. You remember that back in Salem in 1692 people were running around looking for witches. The sad thing to me is that back then they had more evidence for witches existing than we do of man made Global Warming. Global Warming: the 21st century’s witch hunt. That’s what it really boils down to, a witch hunt for something that there is no evidence that exists.

Yes, I said it, there is no evidence that man made Global Warming really exists. Perhaps the Globe is warming, that is still in debate, but the evidence is that man has nothing to do with it. In fact there are scientists who argue that a warmer Globe would be way better for the world. The BBC claims on The Great Global Warming Swindle (watch it here), that perhaps Global Warming has no evidence as being man made.