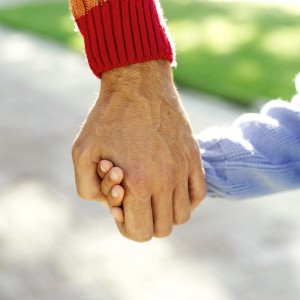 So I have been thinking and this is my theory about what level’s of male maturity there are out there. My theory is that males (and probably females too) have experience certain life events, in order to mature into the next stage of maturity. Now this doesn’t mean that every male who hits that stage is going to be as mature as he possibly could, it just means that his potential to mature has increased.

Let me explain it this way. Let’s say that maturity is a scale from 0-100, 100 being as mature as one could ever get, and 0 being an infant. So when a man get’s married lets say he now has unlocked the potential to mature to 80 on the scale, although he may only be scoring 50. Does this mean he will hit 80? Nope, it just means that before getting married, he couldn’t hit 80 if he wanted to.
You see the assumption is that I believe maturity is partially based on how accurately one sees the world especially themselves. The more you “mature” in life, the more you are aware of yourself, others, and the world, and the more realistic (how close to reality) your view becomes. I think there are probably 5 major maturity stages, although many smaller ones within these larger stages. Let me call them: Childhood, Adolescents, Underdeveloped Adult, Adult, and Well Developed Adult. If we use the 0-100 scale this would mean that one hits Childhood after a score of 20, Adolescents after 40, Adult after 60 and Mature Adult after 80. This even scale is just for simplicity, I would argue that certain stages actually are longer than others, but that would make this all too complicated. Note that I do not have infancy on the chart, infancy is basically a 0 level of maturity, when one moves from infancy to childhood they enter the number scale, again this is mainly for simplicity sake and keeping the scale nice round numbers.