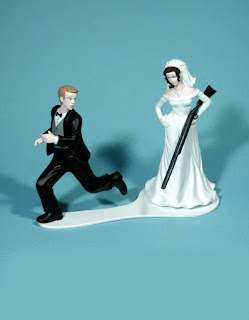 First I would say a great way to start would to be to read 1 Cor 7. Also Matthew Henry is helpful on the subject namely 1 Cor 7: http://www.blueletterbible.org/commentaries/comm_view.cfm?AuthorID=4&contentID=1741&commInfo=5&topic=1%20Corinthians

I’ll list some verse here:
1 Cor 7:7 Yet I wish that all men were even as I myself am. However, each man has his own gift from God, one in this manner, and another in that.
1 Cor 7:8 But I say to the unmarried and to widows that it is good for them if they remain even as I.
1 Cor 7:9 But if they do not have self-control, let them marry; for it is better to marry than to burn {with passion.}
1 Cor 7:27 Are you bound to a wife? Do not seek to be released. Are you released from a wife? Do not seek a wife.
1 Cor 7:28 But if you marry, you have not sinned; and if a virgin marries, she has not sinned. Yet such will have trouble in this life, and I am trying to spare you.

Now I am not trying to take these out of context or anything, but I have pulled them out to highlight them to make my first point: Paul does not seem hurried in having people marry except for burning in lust. Rather he seems quite to opposite, to be encouraging people to not be in a hurry to marry (unless you burn in lust). Yes, there is an argument that he is talking more to the Corinthians in context of the present sufferings, but I do think this concept still is valid for us today.

There seems to be many philosophies floating around as to when people should get married. People put time lines on things and say “date at least a year, don’t have an engagement longer than ____, ect“. People like to say things like: “well if you are planning on marrying her, why are you waiting? Once you have made up your mind, why don’t you do it then?”.

Well its says: Rom 14:4 Who are you to judge the servant of another? To his own master he stands or falls; and he will stand, for the Lord is able to make him stand.
1 Cor 10:31 Whether, then, you eat or drink or whatever you do, do all to the glory of God.

So in living our lives I see 2 things, 1: we are to do it for the Glory of God, and 2: we stand before God as our judge not others for our own motives. (of course God places people in authority to judge us and our behaviors, but not our motives).

So in all the responses that I have been given as to why people shouldn’t wait to get married, I have yet to hear “because it will glorify God more”. If we as Christians make our aim to be to maximize God’s glory, well then shouldn’t we encourage other Christians in such things, using such language and making it clear that it will Glorify God? However, I have yet to hear such things.

So my point here is to give some better thinking on the subject, and get rid of bad reasons to wait, or hurry.

So I think it is pretty well established that we could say that God doesn’t demand that we get married in short order (or if we do) but that we have a few things on our minds when we make such decisions. It seems He desires us to use wisdom while following His word.

So it should be easier to deduce that first we should be getting married for God’s glory, this means that we should consider many things about our character and our mates character and decide if they are compatible with our desire to maximize God’s glory. We should use wisdom in choosing a mate, namely that we should consider behavior, desire, attraction, hobbies, goals, lifestyle, beliefs, ect. We should also consider our own maturity level, and theirs, we should also consider our life stage and theirs. Last we should attempt to control our emotions (esp lust) and act respectfully and in restraint, and when the others fall into place, only then should we consider the lust factor. Sex isn’t worth getting married over, if its the only thing. IF the first 2 things are not satisfied and you are burning in lust, you shouldn’t get married, you should break up.

If lust is the only thing driving you towards marriage, you shouldn’t get married.

I personally like vs 28 of chapter 7: But if you marry, you have not sinned; and if a virgin marries, she has not sinned. Yet such will have trouble in this life, and I am trying to spare you.

You will have trouble if you get married. Your desire to serve God completely will be shared with your desire to serve your wife and her needs (not a bad thing necessarily). You will have a lot of distractions and responsibilities that will interfere with your public service to God outside your family (you will not be able to accomplish as much for God as a single person could, again not a bad thing per say). If you are single you will probably burn in lust at times and fight that, but you will also be able to do greater and more numerous things for God.

This all to say I don’t think God is saying to us “as soon as you decide someone is right for you, get married in the next few months if that”, but rather wants us to use wisdom, follow our righteous desires, and do it for His glory.

So that said, I would like to say some of my reasons why I think people should take their time getting married even after they decide its the right person, and why I am really big on marriage counseling.

1. I think it takes time to get to know someone and to learn their character, to test it, and see how they react in many different ways. It also takes time to let some of the initial chemicals to wear off so that we can think more clearly about the person, and not be “blinded” by love.

2. It takes time to discover if it is love, lust, or attraction, and this through deeds, and mistakes.

3. One should desire to build a firm foundation of trust, and communication, and love before
getting married. There are things that are more easily dealt with when you can go home and think about it for a bit (yes there is something to be said about having to sleep with someone you were fighting with, but does every lesson have to be taught through extreme friction?).

4. I think a relationship should strive to go as slow and steady as their “lust” factor will let them. To a point the foundation building makes the greatest gains at first, but then there will be a point where you hit diminishing returns and probably should just get married.

5. There is much to learn about yourself and to find out who you are and what you really want in life, and its not fair to find all that out in marriage, when you could have been discovering it outside of it. Of course you are going to change in marriage, but it helps if you discovered that your wife is the total opposite that you want in a wife before you married her.

6. Marriage is until death (and no murdering please) so its a pretty big step. Wouldn’t you want to make sure you were educated and ready to make such a decision first? You spend 12+ years learning about life in school, shouldn’t you spend some time learning about marriage? (not all on job training is the best, and off job training many times makes your job easier, better, and more successful).

7. You will never be 100% ready, its best to discover when you have hit diminishing returns in the growth, and when lust is becoming a factor and just make the plunge.

8. Marriage is primarily for God’s glory (and our enjoyment), and God praises those who wait, and prepare for the right time. Patience is huge in God’s sight (and not just being patient when someone does wrong, but waiting for the Blessings and Promises of God)

9. Marriage is complicated, the more you understand before you get into it, the better it will be. There seems to be a problem with people having false expectations and having them not fulfilled, such things seem to cause problems in relationships. So, its best to get rid of as many as possible. Of course marriage is one of those things that you cannot learn everything about it from the outside, but could it hurt to learn as much as you can before lust factor takes over?

10. Relationships are also fun, there is no reason to rush stages (except for lust, but again see my previous statement about rushing). Why not enjoy the ride (no sexual pun intended, one shouldn’t be fornicating), there is a lot of joy to be found in learning about a new person and about yourself, and doing things together.

11. Marriage isn’t the end all of this life, so why rush into it? God has so much more for us than just marriage, and even while married there is so much more. If marriage was the end all, God would tell singles to get married because they would be missing out in everything God has for them.

12. God’s plan for everyone is different timing wise. Some people God wants married young, others He doesn’t get them married until later in life. Some their spouses die, and they never get remarried, others they do. Some have spouses get sick and never recover. In all things God is doing it for His glory and our good, and everyone is on a different trip.

13. Some people sin by getting married too young, others by waiting too long. Ultimately its before God, and He knows our hearts and intentions. One cannot truly judge another’s relationship except through a few outward visible evidences. One cannot tell another what God’s will is directly for them because they do not know their heart.

14. Just believing in God and wanting to serve Him doesn’t make for a great marriage. If we didn’t have a sin nature, perhaps this would be true.

15. Marriage is very complicated, and there are many different aspects that go into having a great marriage. Selflessness, graciousness, love, and mercy tend to be the biggest aspects of a successful relationship, not self will or determination.

16. The physical (sexual) part of a relationship is not the most important, although it is many times stated as such.

17. Ultimately marriage is a leap of faith, you truly don’t know the other person’s heart, and at some point you have to just step out in faith that they are going to be some what close to what you expect or know about them. Thus wouldn’t you want to make sure that you have given much time and effort to discover and test the other person’s character and resolve? And wouldn’t you want them to know fairly well what they are getting into with you?

18. Finally marriage is between a man and a woman before God for God’s glory and their good. Everyone must make their decisions before God for His service, and they must rely upon God for the strength to succeed. It is up to the couple to decide, and they should be patient and wise.

At least that’s the way I see it. Ideas?